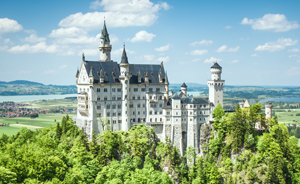 What can you say – Americans like to live large.

After a few years of declining new home sizes, due mostly to the economy – The past five have seen a gain of over 300sqft of living space with the average new house weighing in at a whopping 2,679sqft, according to recent data from the United States Census Bureau. This uptick can be attributed to a more affordable housing market in general as well as consistently low interest rates – and maybe a dash of “Square Foot Envy”, driving home buyers to one-up each other.

Compared to the average home size of 1,500sqft back in 1973, the modern home must seem gargantuan, which leaves one pondering what you could do with an extra 1,100 square feet. Hmm… Bowling alley? Indoor swimming pool? Put-put golf course? I mean, if you can afford the house with the basketball court downstairs – why not?

Get the full scoop on the data from realtor.com.