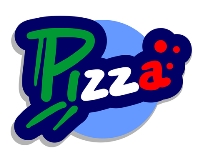 Seattle is known for its coffee, but did you know that the Emerald City is beginning to make a culinary impression on pizza lovers everywhere? TripAdvisor, an online travel site, recently announced the top 10 American cities for pizza, based on reviews from TripAdvisor travelers. Surprisingly, Chicago didn’t make the list, but Seattle hit the fifth spot with restaurants like Serious Pie in downtown Seattle and Flying Squirrel Pizza in Seward Park.

Slice.com notes that the Pacific Northwest pizza scene has definitely changed in the past seven years. Pizzerias are “putting their own stamp on Neopartisinal pies through local sourcing, creative toppings, and new approaches.” Here are the places worth trying in no particular order, according to Slice.com: