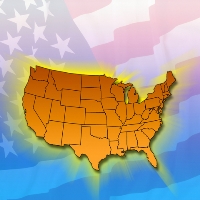 Roughly 800 multiple listing services currently operate throughout the nation. But that’s going to change in a matter of months, reports Inman News. The National Association of Realtors plans to unveil a single database that will include all the nation’s agent-represented homes late this summer.

Some have called for a consolidated MLS at either the national or state level for many years, according to a NAR 2006 MLS Technology Survey. The following reasons are cited:

Not everyone is keen on the consolidation. In 2008, Mariana Wagner wrote in an article on AGBeat.com that a national MLS contradicts the fact that all real estate is local. Lumping all the regions together into one system can serve up more information but also hide the dynamics and nuances of local markets. If a national MLS can operate smoothly, allowing consumers and real estate experts to navigate the database with ease, might even Wagner come along in favor? How do you weigh in on the soon-to-be national MLS?