How natural disasters figure into the home search 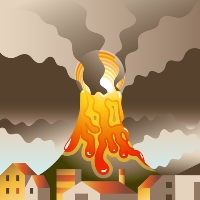 How natural disasters figure into the home search

The home buying process typically entails a survey of key property data points like square footage, the number of bedrooms or bathrooms, and school district, among others. But natural disasters? They are becoming part of the conversation, according to Wired.com. Trulia, an online real estate service, has created a data visualization tool that maps the historical rate of earthquakes, flooding, wildfires, tornadoes, and hurricanes for a given zip code. Peter Black, the lead geospatial engineer at Trulia, says that Hurricane Sandy in New Jersey was the tipping point, prompting the company to to go ahead and build out the tool.

Contemplating the likelihood that a natural disaster could affect the area where your property is located can feel bleak, but the exercise allows buyers to make purchasing decisions with their eyes open. Natural disasters are on the rise; there were 81 declared disasters in 2010 and 99 in 2012. Currently, Trulia offers information on 20 major metropolitan areas in the U.S.

The historical frequency of natural disasters is important not only for buyers but also for the real estate market in general. CoreLogic economists recently reviewed the relationship between natural disasters and mortgage default. They found that risk-prone areas have a tendency to default two times more than low risk communities, according to HousingWire.com. But just because residents acknowledge risk, they don’t necessarily preclude themselves from living in certain zip codes. Case in point, San Francisco still remains one of the hottest housing markets in the nation in spite of the fact that many anticipate an earthquake sometime in the future. Those who do live in regions that are more vulnerable to disasters can arm themselves with structurally sound homes and hazard insurance.