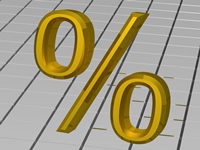 According to Freddie Mac’s Quarterly Product Transition Report, fixed-rate loans dominated 95 percent of all refinance loans in the second quarter of 2011.

And more than one-third of borrowers who paid off a 30-year fixed rate loan opted for 15- or 20-year terms, marking the highest level since the third quarter of 2003. More than one-half of borrowers with a hybrid ARM also chose a fixed-rate loan.

To put these historically low interest rates in perspective, let’s look back to October of 1981. At that time, the 30-year fixed rate (Freddie Mac) loan averaged 18.45 percent!