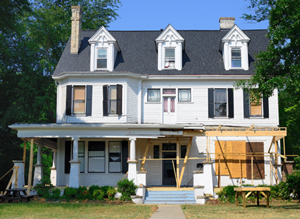 During the pre-recession years the practice of “flipping” houses became as ubiquitous as eggs and bacon. It was a staple of the American housing market and everyone was doing it, including Grandma. Once the recession hit though in 2007, investors were backing away en masse as the housing sector became toxic and real estate values plummeted. As the bottom fell out, even the staunchest opportunists were hesitant to purchase properties, as nobody knew for certain when the bleeding would stop.

As the market leveled out, investors began snatching up the foreclosures and distressed properties that had accumulated during those years, and the art of flipping began to quickly re-enter our collective consciousness. However, over the last year or so – according to an article from USA Today it appears that “flipping” as a percentage of home sales has declined largely due to decreased inventory and more moderated property appreciation.

Despite this slowdown, there is still great potential for profit to be made. Read the article and find out which housing markets offer the largest return for those looking to get their Flip on.